The 7 Best Things to do in Iceland During Winter

Traveling to Iceland in winter for a campervan trip? Wondering what there is to do in the country during this season? Read up on what to expect in the winter, plan your stays at the winter campsites in Iceland, and then make the most of the chilly season with these unique winter experiences.

By far and away the best thing to do in Iceland during a winter campervan trip is to hunt down the northern lights. They’re elusive, but seeing them while out and about in the countryside is likely going to be the most memorable part of any campervan trip in Iceland. Soaring green streaks of light dance across the sky in what is one of nature’s greatest shows, lighting up Iceland’s magical winter landscapes beneath in hues of green, pink, white and red. They might last for hours or just minutes, but for however long they’re showing make sure to heighten your chances of seeing them while camping in Iceland with our ultimate guide to the northern lights.

As the icy winter draws in over the Icelandic glaciers, the dropping temperatures mean that the rivers flowing underneath the massive ice caps freeze over, forming spectacular natural ice caves. Vivid hues of electric-blue swirl together with black streaks of ash encased in the ice, remnants of ancient volcanic eruptions, all diving in beneath the glacial ice, sometimes up to hundreds of metres. You can hear the creaking of the glacier as it slowly shifts, and the constant dripping of water, and it’s truly one of the coolest activities you can do during the Icelandic winter. The best caves are located underneath Vatnajökull, the largest glacier in Europe (Skaftafell campsite is open year-round). Tours leave from the Skaftafell Visitor Centre or the Jökulsárlón Glacier Lagoon.

Ice cave tours are also available on Mýrdalsjökull glacier, where tours delve into a cave that’s accessible year-round. However, there’s far more black ice inside this cave than the ice caves underneath Vatnajökull, so we recommend heading further south east. 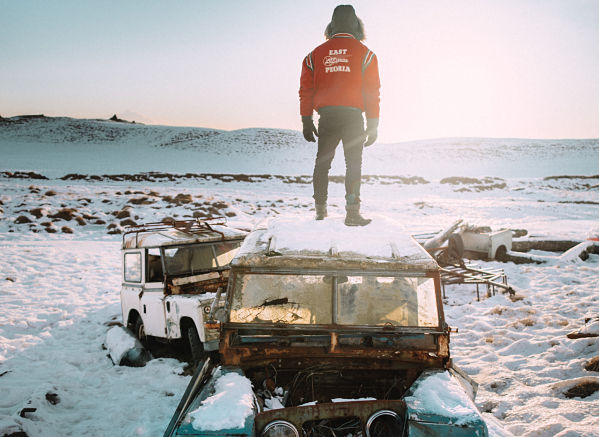 3. Ski and Snowboard in the Mountains

While it’s not known as being a winter sports destination, Iceland has plenty of areas where you can go skiing and snowboarding while visiting during the winter months. North Iceland is particularly full of ski resorts: Hlíðarfjall near Akureyri, the ski resort in Dalvik (30 minutes’ drive out of Akureyri), and Skarðsdalur out the back of Siglufjörður. Closer to Reykjavik is the Bláfjöll Ski Resort, and although it’s not as thrilling as skiing in the epic mountains of the Tröllaskagi Peninsula (Dalvik and Siglufjörður) it’s much easier to access on a day trip out of Reykjavik with your campervan. There are also ski resorts in Ísafjörður in the West Fjords, the Oddsskarð Ski Resort between the small villages of Eskifjörður and Norðfjörður in the east, and the Stafdalur ski resort in Seyðisfjörður.

4. Go on a Dog Sledding Tour

Dog sledding tours in Iceland across the country have recently been growing in popularity, offering a fun way to explore the winter landscapes away from the main roads. A team of dogs pulls you across the volcanic landscapes, past snow-capped mountains, lava fields and lakes, with the tour guides teaching you how to control the dogs. Other tours also take you across the Tour companies available both in Reykjavik and Akureyri, taking you out into the surrounding countryside for half-day and day tours. If there isn’t any snow on the ground, the sleds are equipped with wheels instead. This is a great activity for both dog lovers and families who are looking for something exciting to do whilst out on the road in Iceland. 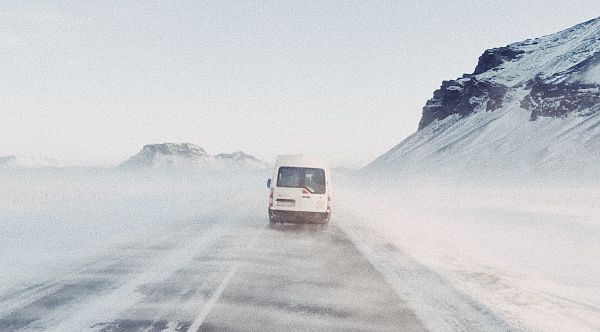 If you’re rented a campervan to spend some time in and around Reykjavik during the festive season, you’re in for a special treat. While the winters may be dark, the Christmas lights around the city gives Reykjavik an incredibly festive atmosphere. Local traditions are at their strongest during this time, letting you really experience the local culture. Christmas Eve is the big night, where families gather for dinner and to exchange gifts.

Spending New Year’s Eve in Iceland has become an increasingly popular idea for travellers, and we recommend camping somewhere in or close to the city if you’re visiting for the big night. Almost everyone in Reykjavik spends a small fortune on buying fireworks for the big event, so instead of just one official show in a designated location, fireworks are let off at the same time across the entire city, lighting up the entire sky.

6. Soak in a Hot Spring or Swimming Pool

We love the Icelandic hot springs no matter the time of year, but there’s something so special about taking refuge from the snow and rain in a quiet hot spring out in the middle of nature. Failing that, the swimming pools around the country (in every town and village) come a close second, with hot tubs of varying temperatures warming up the bones of campers during the winter. The pools also come with great facilities (showers!) so that you can leave feeling completely refreshed.

Looking for a map of the Icelandic hot springs? GPS coordinates? We’ve got you covered when it comes to this unique Icelandic pastime with the 10 best hot springs in Iceland.

7. Experience the Glaciers of Iceland

Iceland has several glittering icecaps that are perfectly suited for winter activities on your campervan trip. Whether you’re looking to go hiking, snowmobiling or even ice-climbing, they’re all available on the main glaciers: Langjökull near Reykjavik, Mýrdalsjökull in the south, and Vatnajökull in the southeast. There are plenty of campsites open during the winter near Reykjavik and in the Golden Circle area, making Langjökull a good option, but Mýrdalsjökull isn’t that far a drive away from open campsites, and Vatnajökull is accessed through the Skaftafell campsite, open year-round. 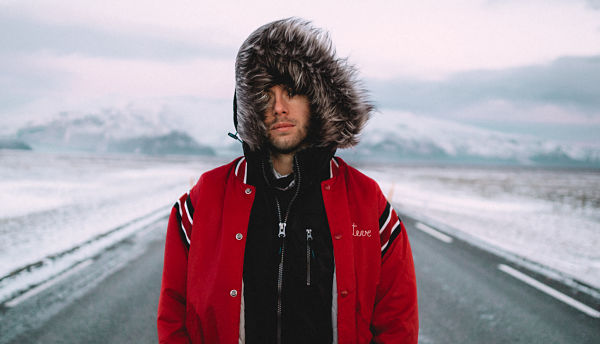 7 Reasons to Travel in a Campervan in Iceland During Winter

A Winter Ring Road Itinerary for Campervans in Iceland

This article will outline an ideal itinerary for travelling the ring road in a campervan during the winter. We’ve also listed the best winter campsites in Iceland for you to stay at with your campervan. Take this itinerary with a grain of salt, adapt it to suit your plans, and most importantly, stay safe and enjoy yourself!