In the summer of 2019, Iceland unveiled its newest tourist route, the Arctic Coast Way. Taking in 900km of Iceland’s pristine northern coast, it’s the perfect opportunity for campervan travellers to get off the beaten track. From Hvammstangi in the northwest to Bakkafjörður in the northeast, the route explores the six peninsulas of northern Iceland, marked by black sand beaches, imposing snow-capped mountains and remote but welcoming fishing villages. On top of that, there’s a handful of tiny islands that provide windswept detours for the adventurous, accessed by boat tours, ferries or flights.

The route offers powerful views, raw nature and plenty of breathtaking moments. The feelings of isolation and humbleness in the face of such nature is exactly what a lot of travellers are looking for in their trip to Iceland. Read on the discover the best way to attempt this route with a campervan.

After picking up your campervan and stocking up on groceries, it’s time to hit the road. Take Route 1 north out of Reykjavik and cut through the heart of West Iceland. It’s only around two and a half hours drive to Hvammstangi, so there’s time for a detour. We recommend cutting inland before you reach Borgarnes, heading up into the knot of roads, rivers and small villages to the northeast.

This country is at the heart of Iceland’s history, where many of the Sagas took place. The verdant valleys and rivers provide a scenic backdrop on the drive to Hraunfossar, a beautiful waterfall streaming down colourful rocks from underneath an expansive lava field. Further towards the northeast is the hot spring Deildartunguhver, the most powerful in Europe. Water bubbles out at a sizzling 97°C, making it too hot for bathing. If you’re set on visiting a hot spring, the nearby classy spa of Krauma uses the water from the hot spring in their soothing pools.

Once you’ve arrived in Hvammstangi, either stop off at the Seal Centre of continuing straight through town onto the thing dirt track that loops around the peninsula. This area is well known for its seals – just look out for the signs along the way that take you to the best areas to see them. On the eastern side of the peninsula is Hvítserkur, also known as ‘elephant rock’. Nearby is a campsite at the Hotel Hvítserkur, offering you a comfortable and remote spot to stop for the evening.

Day 2, and it's already time to venture off the beaten path. Heading along Route 1 leads you towards Blönduós, where Route 74 branches off to the north to loop around the Skagi Peninsula. The sleepy fishing village of Skagaströnd is a good stop for lunch before driving up towards the top of the peninsula. A ribbon of dirt road skirts the coast here, making for some bumpy driving.

The first point of interest along the peninsula is Kálfshamarsvík, a beautiful area of basalt columns emerging from the ocean. Just keep an eye out for the white lighthouse by the coast and you’ll see the turn off. On the eastern side of the peninsula is the amazing set of cliffs called Ketubjörg, 122 metres tall and swarming with birds in summer. Stick to the paths and don’t go up to the cliff’s edge – it’s been known to crumble and is very dangerous. As you continue, swing north on Route 748 right before you arrive into Sauðárkrókur to get to the hot spring Grettislaug. This hot pot was famously used by Grettir the Strong after he swam here from Drangey Island, which you can see as a sharp rock jutting up in the middle of the fjord. Stay at the Sauðárkrókur campsite.

Sauðárkrókur is the home of one of Iceland’s best (and newest) museums – 1238: The Battle of Iceland. This immersive exhibit delves into the Sturlung Era of Iceland, which was the bloodiest and most violent time in the country. The interactive museum teaches you about the heroes and villains of the time before you get to take part in the biggest battle in Icelandic history via virtual reality.

After the museum, it’s time to hit the road again and begin the drive up the western side of Tröllaskagi Peninsula. This mountainous region is a picturesque drive, so slow down and enjoy the scenery. Make a quick stop at Hofsós for the amazing swimming pool before continuing up to Siglufjörður. This little town used to be one of the country’s busiest fishing ports before the herring disappeared from Icelandic waters. Now, life is slowly returning to the town thanks to the increased tourism. Wander around the docks, eat at the restaurants, and pay a visit to the wonderful Herring Museum. The campsite is right in the middle of town. 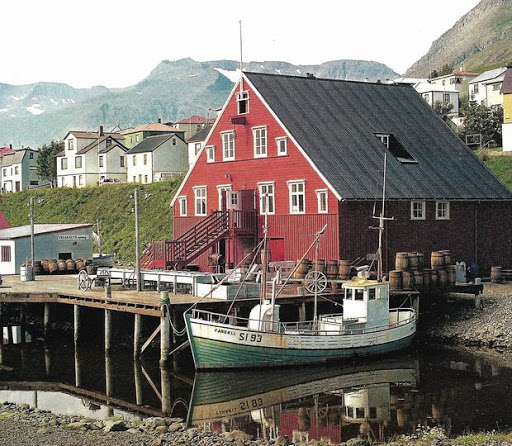 From Sauðárkrókur, you can arrange tours out to either Drangey or Málmey, a remote island in the middle of Skagafjörður. Both are excellent locations for bird watching.

From Siglufjörður, continue through the tunnels towards the eastern side of the peninsula. Just 10 minutes’ away is Olafsfjörður, a small village with not a lot going on other than a tour company offering jet-ski tours from the harbour, which is a great way to see the coastline of the Tröllaskagi Peninsula from a different perspective.

Further down the coast is Dalvík, the biggest village on the peninsula. Worth a stop is the famed café, Gisli Eirikur Helgi Kaffihús Bakkabrædra, which offers a lovely buffet lunch for just over 2,000ISK. Included is unlimited fish soup (which many believe to be the best in Iceland), salad, freshly baked bread and of course some lovely filter coffee. After having a poke around town, make the drive into Akureyri, capital of the north. This is the biggest slice of civilisation outside of Reykjavík – something you’ll need before heading off into the remote northeast of the country as the Arctic Coast Way continues. Before you get there, stop off in the small village of Árskógssandur where you can bathe in beer.

Read: What to See, Do and Eat in Akureyri: Iceland’s Capital of the North

If you’ve got the time and want to get really off the beaten track, from Akureyri is where you can take a detour up to Grímsey Island. Lying 40km off the north coast of Iceland, it’s not a place to bring your campervan. Luckily, you can arrange to leave it at the campsite in Dalvík before catching the ferry towards the island. Flights also leave from Akureyri.

Also leaving from Dalvík is the ferry to Hrísey island, the populated island in the middle of the fjord. It’s a peaceful escape, and Iceland’s second-largest populated island (behind Heimaey of the Westman Islands).

After your stay in Akureyri, strike out along Route 1. On the eastern side of the fjord, a new tunnel cuts under the mountain (with a toll). If you want to save money, take the old road that loops around the northern side of the mountain, which will add 20–30 minutes onto your drive but offers nice views of Eyjafjörður along the way.

You’ll very quickly run into Goðafoss on Route 1, which is one of Iceland’s prettiest waterfalls. Spend some time admiring it from both sides of the river before taking off north towards Húsavík. This town nestled on Faxaflói Bay is the centre of all things whale watching in Iceland, so book yourself onto a tour for the afternoon. With so many tourists coming to town, there’s a great number of different restaurants and a handful of bars to spend some time at, so spending the night camping here is well worth it. 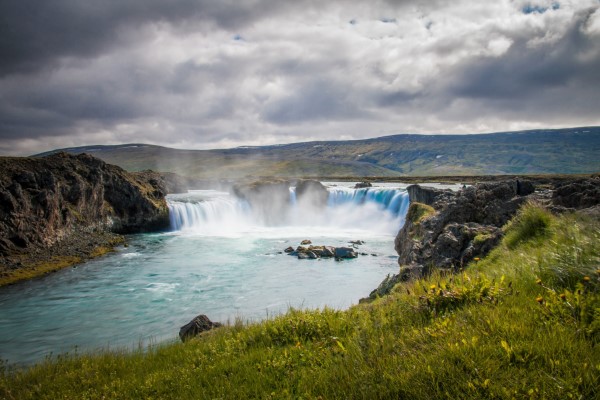 Not to be confused with Flatey Island in the West (in between Snæfellsnes and the Westfjords), this uninhabited island off the north coast has over 30 different types of birds and can be accessed via tours from Húsavík.

The Tjörnes Peninsula is marked by massive cliffs, puffins and a wealth of old fossils found in coastal rocks. There’s not a lot to stop and see, so enjoy the views from the designated spots to pull over. If you drive straight there, it takes about 50 minutes to get from Húsavík to Ásbyrgi.

Located inside the northern territory of Vatnajökull National Park, Ásbyrgi is a giant horseshoe-shaped canyon carved into the earth. Legend says that it was made when Sleipnir (Odin’s eight-legged horse) stepped down from the heavens, but in reality, it was carved out in a few days by a powerful glacial flood, released down the canyon thanks to an eruption underneath Vatnajökull glacier further south.

The area is a hiker’s paradise – so much so that we recommend booking yourself into the campsite for the night and spending the rest of the day exploring the trails. The best one traces the rim of the canyon as it rises to its highest point at the bend of the horseshoe, from where you can see the entire shape and back towards the coast. If hiking isn’t your thing, you can also shoot down quickly to check out Dettifoss before coming back up to the campsite.

The final peninsula on the Arctic Coast Way is also the most remote – you’re a long way from Reykjavík up here. There are two villages on the peninsula, Kópasker and Raufarhöfn, and a lot of remote capes and coastline to explore. Once you’re in Kópasker, take Route 870 to the north. It’s another bumpy dirt trail that loops around the top of the peninsula, which is marked by windswept black sand beaches filled with driftwood, most of it having floated over from Siberia.

Detour out to the Rauðinúpur Cape (around 40 minutes’ hike from the parking area), and make sure to stop at the Arctic Henge just outside of Raufarhöfn, huge stone cairns erected as a sun dial. Further south as you come to the bottom of the peninsula, there’s another cape worth exploring as well: Rauðanes. Continue to Thórshöfn to camp for the evening. 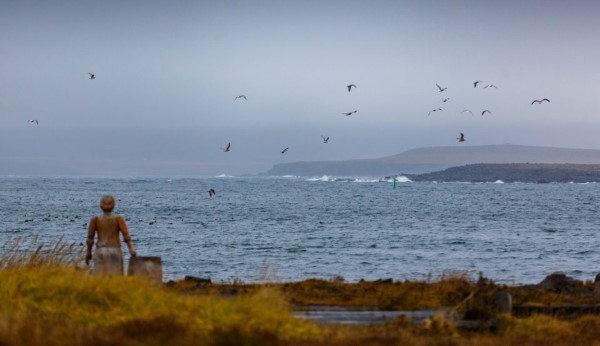 With the end of the Arctic Coast Way in sight, there’s one last location left to explore: the Langanes Peninsula. This is one of our favourite spots in the country; a wild and desolate peninsula jutting out into the ocean with crashing waves on all sides and sweeping feelings of isolation. Completely uninhabited, there are abandoned farms along the dirt track that leads out to the point Fontur, marked by a lighthouse. On the southern coast is an abandoned fishing settlement, Skálar, where the crumbling ruins of a warehouse, dock and a few houses are all that remain. Spend the day exploring the peninsula. For more information on this ghostly destination, read our in-depth guide.

On return to Thórshöfn, it’s a 45-minute drive to Bakkafjörður, the official ending point of the Arctic Coast Way. From here, it’s another hour back to the ring road, taking you past Vopnafjörður and emerging in the middle of Lake Mývatn in the north and Egilsstaðir in the east. 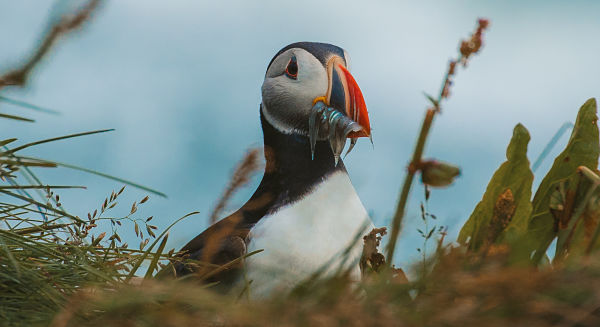 Follow this campervan itinerary to discover the best of West Iceland and the Westfjords region over 7-10 days, including a map of ideal campsites.