For many tourists, the volcanoes of Iceland are one of the biggest reasons for visiting. Shaping the young and primal landscapes, across the entire country you can see the aftermath of eruptions. From lava flows to canyons carved out by glacial floods, the volcanic energy in the country is incredible to witness.

There are a few reasons why Iceland is so volcanically active. The first is its location over the Mid-Atlantic Ridge, the seam that runs between the Eurasian and North American tectonic plates. Iceland is one of the few places where you can see this rift above sea level. As the tectonic plates slowly tear apart each year, magma escapes from below, erupting through the volcanoes and rifts scattered across Iceland’s volcanic zone. The second reason is thanks to Iceland’s location over a hot spot in the Earth’s mantle, feeding even more volcanic energy into the country. On average, a volcanic eruption occurs every 3–4 years in the country.

While witnessing an Iceland volcano eruption would be an incredible experience, chances are that while you’re in the country it won’t happen. And if there is one, you shouldn’t be headed in that direction anyway. Luckily, there are plenty of other spots where you can see the aftermath of eruptions, explore some dormant volcanoes, and other incredible geological features. Here are the 8 best volcanic experiences in Iceland.

Inside the Volcano Tour

The ‘Inside the Volcano’ tour is the only place in the entire world where, you guessed it, you get to explore the inside of a volcano. Thrihnukagigur is a dormant volcano close to Reykjavik, which last erupted around 4,000 years ago. Tours descend into the giant magma chamber, whose lava mysteriously vanished. Experts speculate that it either absorbed itself into the walls or drained back underground as if someone pulled the plug in a sink. Whichever is true, there’s no arguing that it’s a once-in-a-lifetime kind of opportunity to get inside a volcano. The magma chamber is special to behold, and the entire experience gives you an unrivalled insight into volcanoes in Iceland.

Tours begin with a 45-minute hike across incredible landscapes before arriving at the volcano itself. Here, an open cable lift lowers down 120 metres into the magma chamber. Once you’re at the bottom, explorations of the giant chamber begin, which could easily fit the entire Statue of Liberty inside.

Nearly everyone who comes to Iceland will have heard of the famous Eyjafjallajökull eruption. In 2010, the volcanic underneath the glacier erupted, releasing an incredible amount of ash into the air which put a halt to air traffic over Europe. Many travellers will want to get up close and personal to where this all happened. And the closest you can get to this volcano (without joining a helicopter tour and landing on top) is by hiking the Fimmvörðurháls Pass.

Located in South Iceland, Fimmvörðurháls is the mountain pass that separates the small village of Skógar in the south with the Thórsmörk valley. Since Thórsmörk is an incredible hiking destination in the country but notoriously hard to get to. A lot of people opt to spend a day hiking over the mountains to get there. The route is one of the most scenic in all of Iceland, leading directly between the glaciers Eyjafjallajökull and Mýrdalsjökull. Along the way, hikers will pass by the lava field Goðahraun. This is the newly formed lava flow from the 2010 eruption of Eyjafjallajökull. Detours also lead towards Móði, a newly formed crater. It’s not often in Iceland you get to see such recently formed volcanic features – especially from such a famous eruption.

Read: Hiking Fimmvörðurháls With a Campervan 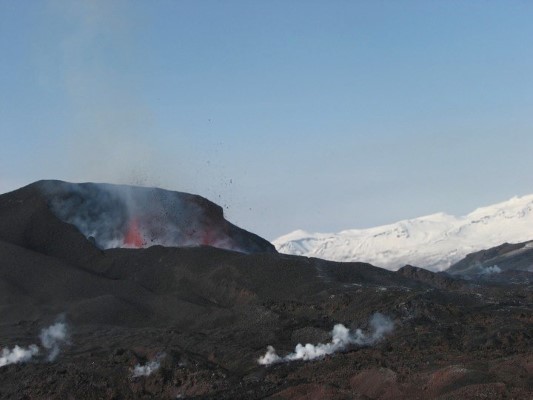 In the explosive northern highlands above the glacier Vatnajökull, there’s an awesome volcanic caldera that needs to be seen to be believed. Askja is without a doubt one an enchanting and powerful Icelandic landscape. This large volcano rises out of the Ódáðahraun lava field, but it’s the caldera itself that demands attention. Created when the magma chamber beneath could no longer hold the weight of the volcano above, the entire thing collapsed to cause the depression you see today. It has since filled with brilliant blue water and is now Iceland’s deepest lake at 220m.

There’s also a crater lake immediately adjacent to the larger lake. This has filled with a milky blue water like that of the Blue Lagoon, which averages a temperature of 25°C. Not overly warm, but worth a dip thanks to the location alone.

But while it is spectacular, it’s also spectacularly difficult to get to. The F-roads in this area are rough. If you’ve got yourself one of our 4x4 campers, we recommend taking F905 and then F910 (you can see a detailed map of the route here). Otherwise, day tours leave from Akureyri or Reykjahlíð. For the extreme adventurers, hiking there takes anywhere between 3-5 days.

More accessible than Askja, the Krafla volcanic caldera is home to a series of volcanic vents northeast of Lake Mývatn. Feeding these vents is a large magma chamber, only 3km beneath the ground. There have been two explosive eruptions here in recent times. The first was the Mývatn Fires, which occurred between 1724 and 1729. The second is closer in history; known as the Krafla Fires, these eruptions took place over 9 years between 1975 and 1984. This is an active place, and one of the best spots for volcano tourism in the country.

There are two main spots to explore here. The first is the area surrounding Mt. Leirhnjúkur. Here you can follow trails through the lava fields, where steam still rises from the latest lava from 1984 (the darkest rocks are the youngest). There’s also plenty of hot spring activity here, with the mud pots, steaming vents, and minerals interacting colourfully in the ground. Further east is where you’ll find another crater called Víti (not the crater found at Askja with the same name). This crater was formed in 1724 when the first eruption happened during the Mývatn Fires. It has since filled with a milky blue water, but unlike the water at Askja, it’s still steaming hot – don’t touch and stick to the trails. A gentle walk loops around the crater, taking about an hour. 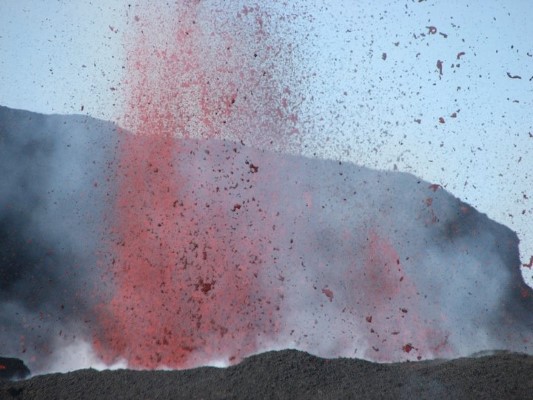 Another of Iceland’s famous eruptions happened on the Westman Islands, off the south coast of the mainland. Residents of Heimaey awoke during the early hours of January 23, 1973, and found a red glow coming through their windows as a flow of lava oozed towards town. The Eldfell volcano had erupted. The damage to the small town of Heimaey was immense – lava buried over a third of houses, and an incredible amount of ash covered the entire island. Officials declared the eruption over on July 3 of that year, and the clean-up began.

Although the town has since rebuilt, today visitors to the island can still explore the area where lava engulfed the houses. There’s also a spectacular museum on the island that investigates the history of the eruption, showing pictures, media, and recounting tales from the locals. It’s an incredible place, and one that gives you a feeling for the resilience of the Icelandic people.

Read: The Ultimate Guide to the Westman Islands

A new museum in the country, the Lava Centre in Hvolsvöllur is another great addition to the volcanic tourism in Iceland. Positioned between a lot of the country’s active volcanoes, Hvolsvöllur is the perfect place to learn about how they work. Nearby is Hekla, Eyjafjallajökull and Katla to the north, and the Eldfell Volcano on Heimaey to the south. An explosive location!

The aim of the exhibition is to give a hands-on look at the science behind volcanoes. Visitors can explore the different rooms, touching different types of lava, learning about the hot spot underneath Iceland with a massive display, and about the incredible eruptions that have happened in this area throughout history.

Also attached to the Lava Centre in Hvolsvöllur is the Lava Show further south in Vik. Entry to this show allows visitors to see molten lava – an incredibly rare experience that you can only have in a few places around the world. The organisers of the show have gone to great pains to bring this to life. Collecting the lava rocks from around the coast, they burn them up at great temperatures, once again turning the rocks into molten lava. Afterwards, it pours into a long bowl, in the middle of a room with chairs set up on all sides. Here, the man behind the show manipulates it with a long rod, showing how it works. Feeling the heat from the small amount of lava is intimidating, and watching it cool into a solid again is an awesome experience. 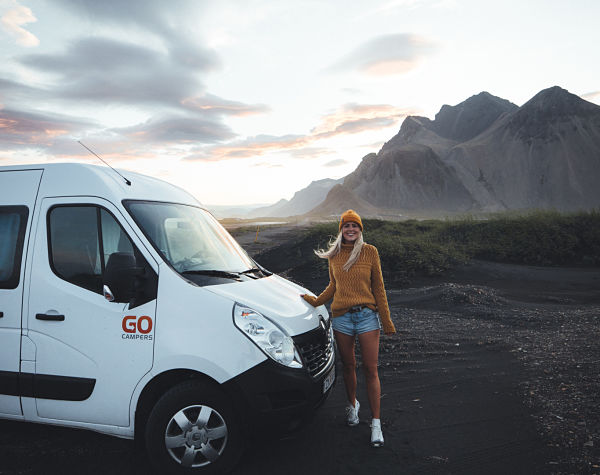