Treat Yourself: The 8 Classiest Geothermal Spas in Iceland 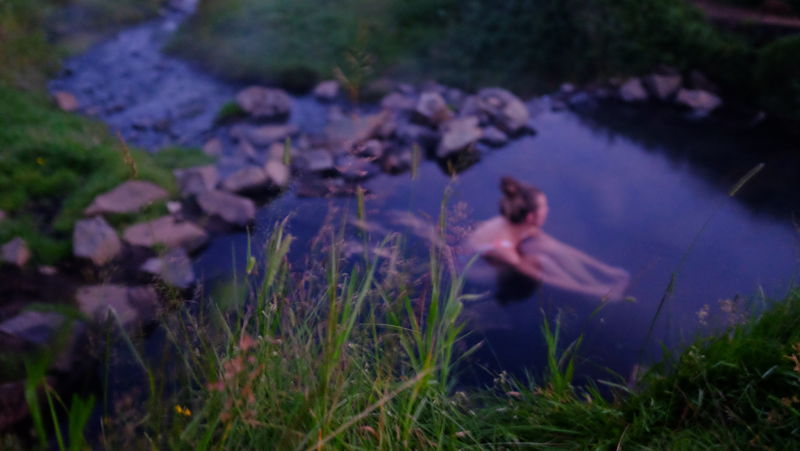 While many people love to seek out the natural hot springs of Iceland, which is undoubtedly one of the best ways to experience the wonderful Icelandic nature, there might come a time on your campervan trip around Iceland when you’re in good need of a bit of pampering. Luckily for you, we’ve rounded up the classiest geothermal spas around the country, all of them with great changing facilities, lots of extras to add on, quality restaurants and the ability to make you feel like a new perso+ after a visit.

Let’s just get this one out of the way first, as you’ve probably already heard about the Blue Lagoon. Situated near to the airport on the Reykjanes Peninsula, it’s really the first geothermal spa that started to cater towards tourists and has set the scene for many of the others on this list. With expensive prices and a whole suite of extras to think about, including massages, silica and algae masks, and even access to your own private area of the lagoon if you’re willing to pay, the Blue Lagoon is most definitely a tourist trap – albeit quite a lovely one to be trapped in. It’s the busiest in the country, but their staggered entrance times have gone a long way to making it feel not as crowded. Most campers tend to visit this spot either at the beginning or end of their trip, taking advantage of its location in between Reykjavik and the airport.

Long have the Myvatn Nature Baths been dubbed ‘North Iceland’s answer to the Blue Lagoon’. The spectacular setting overlooking the volcanic plains and lava fields surrounding Lake Myvatn make this one a popular stop for those travelling the ring road. There’s plenty of space in the pools, a couple of waterfalls to stand under, and two bath houses that have been built over naturally occurring steam rising through the floors. These are one of the most special spots in the country, and it’s an unreal feeling being able to bathe in the water surrounding by such volcanic and alien landscapes. Even the drive up to the baths is interesting. It’s location on Lake Myvatn makes it a great place to unwind in the middle of a camper van trip, and in the summer, they regularly have special events running like live music. The Café Kvika inside serves up light but delicious meals to enjoy after your refreshing dip.

The newest addition to the high-class geothermal spa scene in Iceland, Vök Baths are one that not many will have heard of, but you can be sure will become one of the most-visited spots in the country over the coming years. Situated just outside of Egilsstaðir in East Iceland, this complex sits on the shores of Lake Urriðavatn, where hot springs were discovered bubbling up from the bottom of the lake in a few certain spots. Now, floating pools have been built onto the lake over the top of the underwater hot springs, making Vök one of a kind in the country. East Iceland has relatively few hot springs, so this is a real special one. Different prices of tickets range from your standard entry to the more expensive where you can get complimentary herbal teas and drinks from their restaurant/café, which also specialises in local East Iceland cuisine. If you’re after a luxury experience but still want to feel as if you’re in a natural pool, then Vök Baths are the one for you.

Making use of Deildartunguhver, the most powerful hot spring in all of Europe, Krauma has 6 different geothermal baths to soak in year-round. Designed to be one with the Icelandic nature, the building and baths are all in the muted tones of the Icelandic landscapes; think lava black, granite greys and earthy browns. The relaxation areas inside provide a comfortable spot to take a break from the warm water, with a crackling fireplace and soothing music, and for the ultimate refreshment you can jump into the cold plunge pool for a minute or two, where the water temperature sits between a chilly 5 and 8 degrees. The design of the building is very minimalistic, the architecture complimenting the surrounding area rather than sticking out. Inside you’ll find the Krauma Restaurant, which serves up fresh dishes made from ingredients supplied by the farms in the area.

One of the best kept secrets of the Golden Circle area, Laugarvatn Fontana is a high-class geothermal spa with plenty of space to spread out and enjoy the thermal pools. Situated right on Laugarvatn, a beautiful lake in the area, the age-old tradition for bathers is to run and jump into the cold water lake before immediately making your way up back into the pools – they’ve even built a nice little pier out over the water so you can quickly submerge yourself. Better yet, this is one of the easiest spots to get to during the winter when the weather is rough and other parts of the country aren’t accessible, which means it’s a great spot to try and catch the northern lights on a clear night. Other than the three beautiful hot pools, there are also a couple of steam rooms and a large Finnish-style sauna to enjoy. As for food, their kitchen serves up a delicious buffet at lunch and dinner, and for a small extra fee, you can take a guided walk over to their geothermal bakery and witness the digging up of a pot of fresh bread from underneath the warm black sand. Of course, you’re allowed to taste it, served warm with a bit of Icelandic butter.

One of the newer geothermal spas on the Icelandic scene, the Geosea Baths in Húsavík have quickly made a name for themselves in the country. Sourced from two different drill holes, the hot water that is used here is seawater rich in minerals. Flowing from the source, into the pools, and then out over the edge back towards the ocean below, the water doesn’t need any treatment whatsoever. The infinity pools grant you outstanding views over the mountainous peninsula to the west and Skjálfandi Bay, which if you’re lucky will be visited by a whale or two while you’re there. Beyond the horizon is the arctic circle itself. Facilities include a swim-up bar, beautiful and modern change rooms, and an onsite restaurant that serves up tasty soup of the day and light sandwiches, coffees and tea. It’s the perfect spot to unwind after a whale-watching trip out on the ocean.

Perhaps not so secret anymore, the Secret Lagoon has long since cemented its spot amongst the best geothermal pools in the country. Situated in the quiet village of Flúðir deep in Golden Circle territory, it’s another easy pool to tack onto any Golden Circle camper van tour. Although not as luxurious as some of the others on this list, the secret lagoon is the oldest swimming pool in Iceland, and with brand new facilities, it’s a great spot to enjoy a small taste of both the old and the new, northern lights watching, and for relaxing after a day exploring Iceland’s Golden Circle route.

Taking a leaf out of our good friends over in the Czech Republic, Iceland’s first beer spa opened in the summer of 2017 to rave reviews from campers travelling around the country. The lovely and warm rituals of a beer spa are associated with all kinds of health benefits, and while the bath water isn’t technically drinkable, the 7 tubs have been equipped with their very own draught so that you can enjoy the taste of the locally brewed Kaldi beer. After the bath, you’re shown into a relaxation room for 25 minutes. There are a couple of big hot tubs outside as well, and for a small extra fee you can enjoy them after your beer bath. There’s also a very reasonably priced restaurant onsite to enjoy afterwards as well.