Iceland is a country that loves a good holiday, and across the year there are plenty of public holidays in the calendar that give Icelanders a chance to take a long weekend camping or visiting their families in other towns. A lot of these holidays are unique to Iceland, others not, but there’s no denying that the traditions that are involved with all of them are one of a kind. Read on to discover the 5 best public holidays in Iceland, and if you’re travelling in the country during this time, make sure to incorporate them into your campervan itinerary.

This is a great time to visit in Iceland. Spring is very much in the air (hopefully), the days are stretching ever longer, and Icelanders are losing their minds over getting their big-as-your-head Easter eggs. In the weeks leading up to the big holiday, the supermarkets are choc-a-bloc full of the chocolate eggs, which come in a variety of sizes - from regular to gargantuan. Inside these eggs are further treats, with packages of some of the best Icelandic candy. These large eggs, which you can buy at any supermarket across the country, will make the perfect companion for a campervan road trip. Watch out for the chocolate eggs with liquorice bits inside (lakkrís in Icelandic), a favourite amongst many a local. 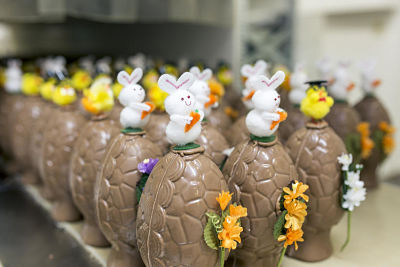 Fishing in Iceland is a very big deal. Surrounded by abundant waters, and with rivers coursing through the country brimming with salmon and trout, fisherman have plied Icelandic waters ever since Iceland was first settled. A lot of towns around the country were built for the sole purpose of supporting a fishing vessel, and still today it’s one of the biggest economic boons to locals (only very recently overtaken by the tourism industry). Fisherman’s Day in Iceland is a celebration that honours the brave fisherman of Iceland, who risked their lives to bring food and money back into the towns. Today it’s obviously a lot safer, but the industry still employs a lot of Icelanders, and this day is for them. All ships are in dock for the day so that the fisherman can celebrate with their families and partake in the festivities, of which there are many held around towns across Iceland. 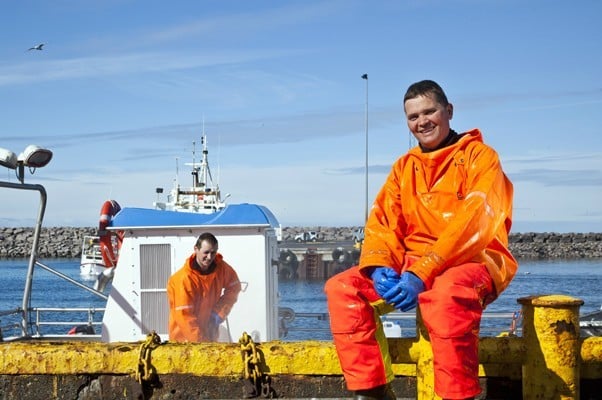 This is the most important holiday on the Icelandic calendar, Independence Day. During the first half of the 20th Century, Iceland was a part of the Kingdom of Denmark. In 1944, after increasing pressure from citizens within Iceland who wanted independence from Denmark, Iceland became its own Republic on the 17th of June. The day was chosen because it’s the birth date of Jón Sigurðsson, a leading campaigner for the country’s independence. Celebrating the day in Iceland is an exciting thing to do. In Reykjavik there is a fantastic atmosphere, with most everybody heading downtown to enjoy the parades, carnival attractions, live music, and cultural performances. A lot of it is for the children (think bouncing castles and fairy floss), but it’s still a good time to walk around and see the different things going on. If you’re out in the countryside, try and make it into a nearby town for at least a small part of the day, as it’s incredibly fun to spend it celebrating with the locals. 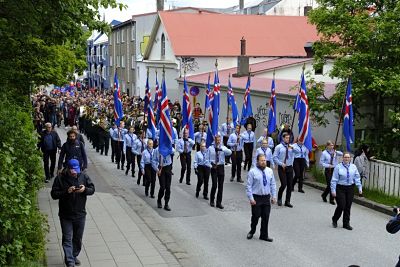 The idea behind this holiday is to give the workers a day off in the summertime and has been observed in Iceland since 1894. The long weekend has now become a popular time across the country to celebrate with festivals, the most famous of which is Þjóðhátíð, held on the Westman Islands. This three-day camping festival brings together young Icelanders from all corners of the country to sing and dance the weekend away with live music, fireworks, bonfires and a lot of heavy drinking. But it’s not the only event held this weekend – there are different celebrations held in almost every town, so much so that during this time a lot of Reykjavik locals have left the city to join in. 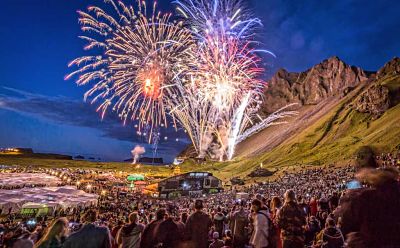 Perhaps the busiest day in Reykjavik across the entire year is Culture Night, known as Menningarnott in Icelandic. Although not a public holiday (the night occurs on a Saturday night in August), it’s still very big on the calendar. Accommodation in Reykjavik is usually booked out weeks in advance, so if you’re in town for the festival get in early and grab a space with your campervan at the campsite in Reykjavik. The slogan for the festival is ‘come on in’ and is all about celebrating the city’s welcoming and hospitable character. In the city all day there are plenty of things to see and do, from food and music to performances and local design. The night ends with a big firework show in downtown Reykjavik. 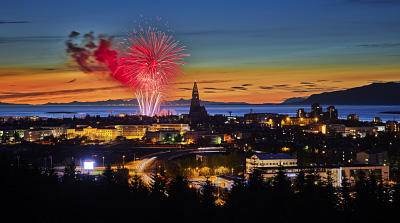 Iceland has enjoyed an integral role as a filming location thanks to its fantasy-like landscapes and epic glaciers.