Iceland is a unique country – there’s no doubt about it. The culture is immediately familiar, yet also can be as foreign as the furthest flung destinations in the world. Perhaps this is why the country is becoming so popular with visitors, aside from those gorgeous landscapes, of course.

The culture of Iceland is fascinating, with a whole lot of interesting and surprising facts about the country that even the most experienced Icelandic traveller might not know. From fun Christmas traditions to the strict rules around names, here are ten interesting facts about Iceland.

1.    Iceland is Regarded as Having the Oldest Surviving Parliament in the World

When thinking about the oldest democracies in the world, your mind likely first goes to Ancient Greece and Rome. These two civilizations were the first to rule with democracy, but both fell into social and political instability. Then, little old Iceland was settled during the Viking Age, with retired plunderers looking for a pleasant change of pace to their life.

As more people arrived in Iceland to settle it with farms, it became clear that a central ruling body would be needed. In Thingvellir, now a national park on Iceland’s Golden Circle, the Icelandic chieftains from around the country would meet every year to discuss and debate matters of trade, law, and everything else. It became known as the Alþingi.

Despite Denmark briefly abolishing Iceland’s Alþingi in the 1800’s, it has remained running, and still does to this day. Although now instead of meeting in Thingvellir, the politicians instead meet inside the Alþingi building on Austurvöllur Square, Reykjavik. 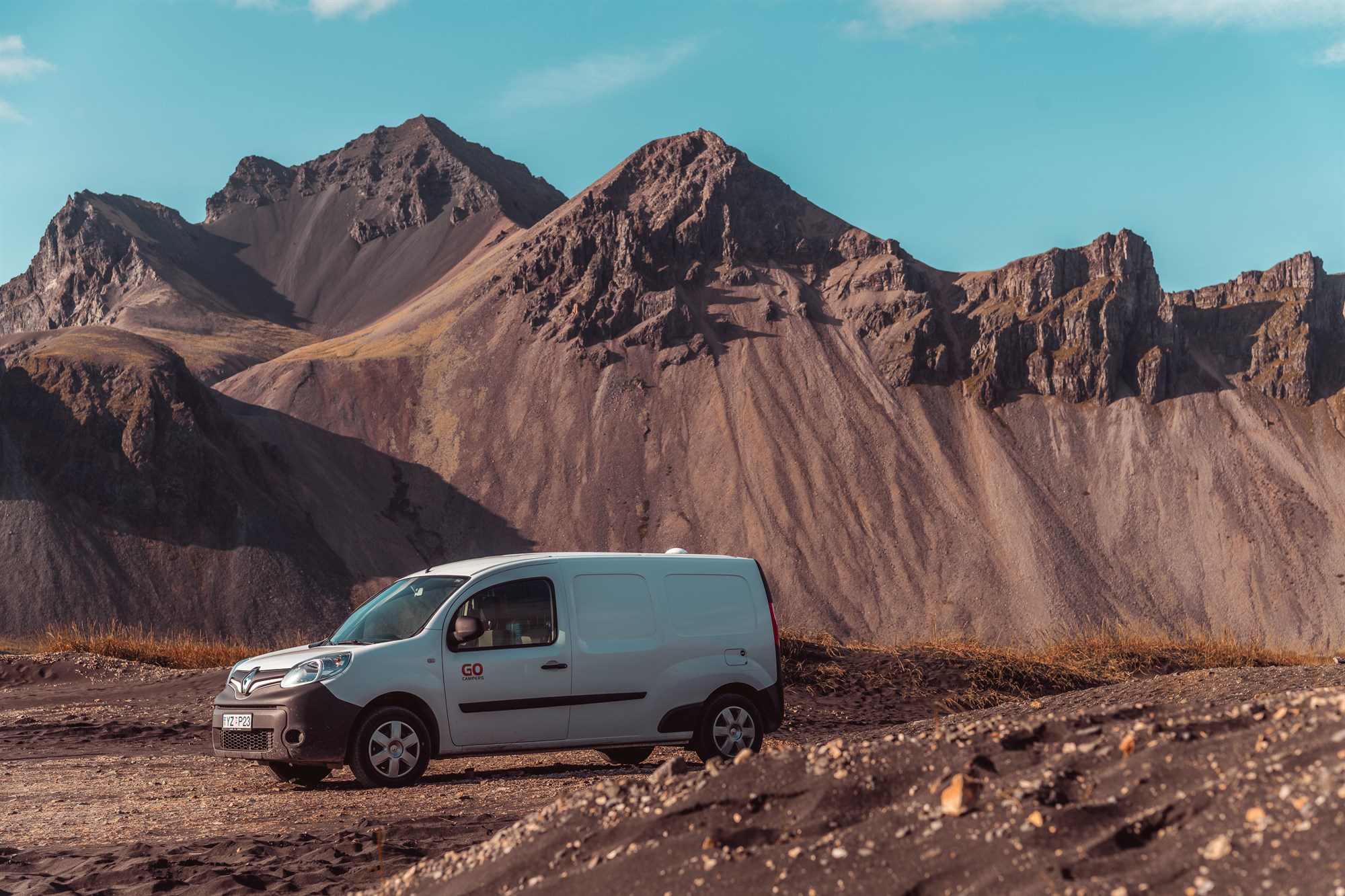 Come Christmas time in Iceland, the locals love to celebrate as much as everybody else. The dark winter months are illuminated by thousands of Christmas lights, strung up on houses and throughout downtown Reykjavik. There are even cemeteries decorated with Christmas lights.

But one of the more interesting facts about Iceland are the traditions that revolve around their Santa Clause – or Santa Clauses to be exact. Known as the Yule Lads, these are cheeky characters each with a unique trait. There’s Stubby, who steals food from frying pans, or the Window Peeper, who lurks outside your house and steals things he can see through the windows.

Today, the Yule Lads are a lot less creepy than they used to be. In the 13 nights leading up to Christmas, each Yule Lad pays a visit to Icelandic children, who will find a present in their shoes the next morning. If you’ve got a campervan rental in Iceland over Christmas, leave your shoes outside, and see what turns up!

To get around the beer ban, fishermen returning from abroad would bring back beer for their family and friends, while others invented their own style of beer by mixing a low alcoholic beer (which was allowed) with a shot of Icelandic Brennivín. This drink let locals feel the effects of drinking a beer even though the taste is unlike any beers you might find today.

Since the beer ban has lifted, Iceland is quickly catching up to the rest of the world. There are now a number of fantastic craft breweries in Reykjavik and around the country to explore, and plenty of great local brews as well.

4.    Around One in Ten Icelanders Will Publish a Book

Another interesting fact about Iceland is that it’s an enormously proud nation when it comes to its literature – just look at the Sagas themselves, written stories dating back to the Settlement Era. Storytelling is in Icelander’s blood, but it might come as a surprise to find out that 1 in every 10 Icelanders will publish a book in their lifetime.

This is a substantial number of books coming out of a small country, one with a population the same as some medium sized American towns. Most books are released in the lead up to Christmas, known as the Jólabókaflóðið, or the Christmas book flood in English. This tradition began during the second World War, when all other gift ideas were in short supply leaving nothing but books to give to family and friends.

Come Christmas Eve when Icelanders open their presents, many will retire to the lounge with their new book, diving into the latest stories for a relaxing evening. Why not pick up a few books by local authors before heading out with your campervan rental in Iceland?

5.    There Are Strict Rules Regarding the Icelandic Horses

Another fun fact about Iceland are the rules surrounding the Icelandic horses. With a campervan rental in Iceland, you’ll see plenty of horses around the ring road, many of them curious, friendly, and happy to pose for a selfie or two. But what you don’t learn when snapping a picture is about the strict rules there are for importing and exporting Icelandic hoses.

The Icelandic horse is considered as one of the purest breeds in the world, as no other horses are allowed to breed with them. Those Icelandic horses that do leave the country for sunnier climes are not allowed back in, no other breeds of horses are allowed to be imported into Iceland, and all riding equipment brought into the country must be new and thoroughly sterilized.

These horses have been here since the Vikings first settled in Iceland and are as much a part of the country as the waterfalls, glaciers, and hot springs that people come to visit. 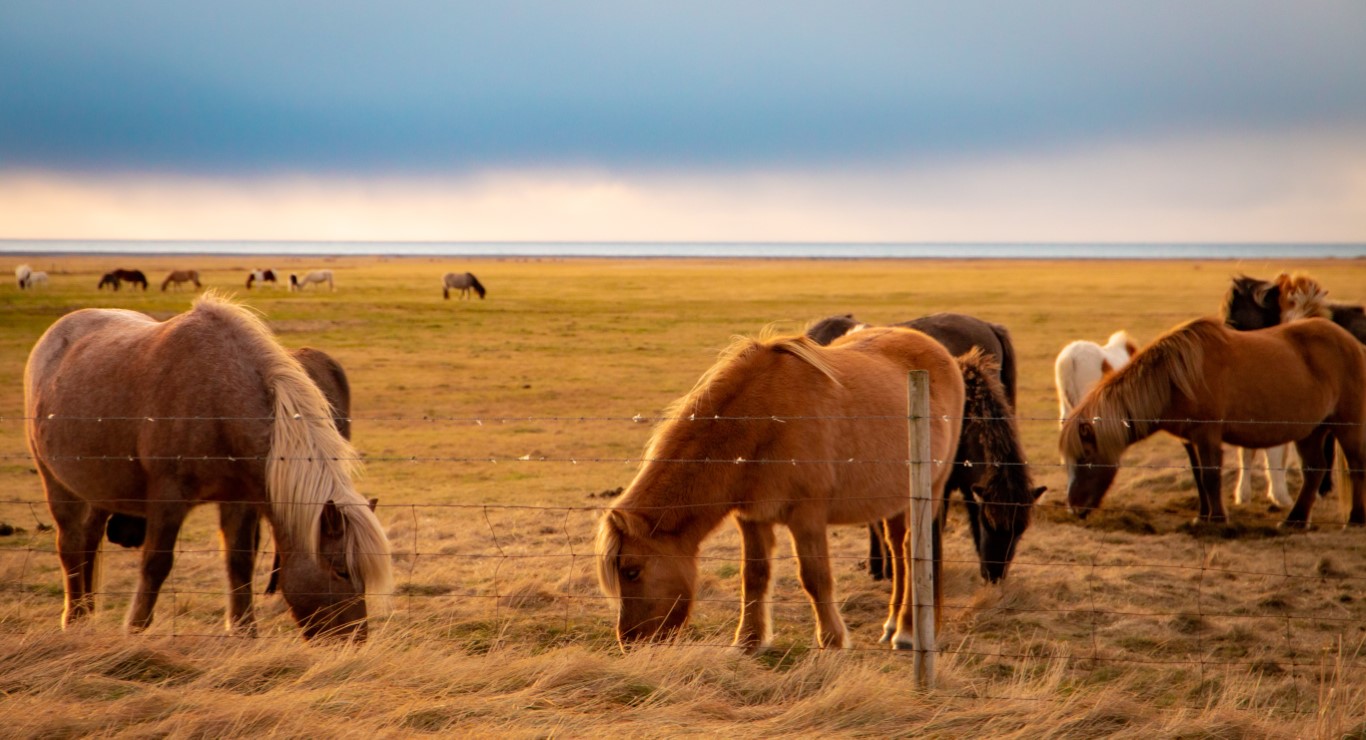 6.    There Are No McDonalds Restaurants in Iceland

An interesting fact about Iceland that many people find amusing is the fact that there are no McDonalds in Iceland. Subway? Yes. KFC? Yep. But McDonalds? Not since the financial crash in 2008. There used to be one in downtown Reykjavik, although it never was extremely popular due to one of the city’s longstanding burger restaurants, Hambórgarabúllan. Locals much preferred their local choice over the chain, and when the financial crash hit Iceland, McDonalds took their cue and shut down their only Icelandic location.

Today, hamburgers are one of the most popular foods in the country. There are countless restaurants around Iceland where you’ll find a delicious burger, including the original Hambórgarabúllan which still exists in Reykjavik to this day.

7.    There’s A Naming Committee Who Approve or Deny Submitted Names

Icelandic names are unique to begin with, thanks to the instantly recognisable family names still using a patriarchal form. Instead of a family name, children will be named after their father, with either ‘son’ or ‘dottir’ (daughter) added to the end. So, the last names for the son of Jón becomes Jónsson while the daughters will become Jónsdottir. Last names don’t get changed when Icelanders get married either.

As for first names, the Icelandic government maintains a list of approved names that can be used. This is to protect the Icelandic language and its history, with each name having a meaning. If someone wants to call their child a name that’s not on the list, they must apply to the Icelandic naming committee, who will deliberate on whether the new names fit with the Icelandic tradition and culture. The committee is made up of lawyers and scholars versed in the Icelandic language, and whenever a new batch of names is released, it always causes quite a stir throughout society.

We have no such qualms about guests coming up with names for their campervan rental in Iceland though.

8.    All Icelanders Can Trace Their Lineage Back to the Viking Age

You might already know that Icelanders have strong family ties, and that Iceland was settled by the Vikings around the year 874. But what you might not know is that Icelanders can often trace their lineage all the way back to the Viking Age. It’s an impressive feat, when for the rest of the world things start to get muddled after a few generations, and another interesting fact about Iceland.

Icelanders can do this thanks to the Book of Icelanders, a Medieval text created in the 12th century by a Priest who visited the farms across the country to account for everyone’s family history. On top of that, the larger families kept extensive family histories of their own, and the Church also recorded all the births, deaths, and weddings that took place in their communities.

On top of that, thanks to the relatively small population, Icelanders can also easily find a common relative with another Icelander. An app became famous a few years ago, where it was rumoured Icelanders used it to check if they and a potential love interest were related.

9.    There Are No Mosquitos in Iceland

There are no McDonalds in the country, and another fun fact about Iceland is that there are also no mosquitoes – the only place in the world other than Antarctica that can claim such a feat. Researchers are interested as to why, and there are a few theories as to why there aren’t any in Iceland, yet they can be found in Denmark or Greenland.

The first idea is that there is no stagnant water in Iceland, which is required for mosquitos to give birth. Another is that it’s simply too cold, with the water freezing and thawing at a rate that isn’t ideal for mosquitoes to survive. The third theory is that the conditions of Iceland’s geological makeup are simply inhospitable to mosquitoes.

Whatever the reason, enjoy camping without having to worry about being bitten by these annoying insects. However, there are plenty of midges to contend with, which might be confused for mosquitoes.

10.   Over Two Thirds of Iceland’s Population Live in the Capital Area

The final interesting fact about Iceland is that the small population (around 370,000 now) mostly lives in and around Reykjavik. There’s the capital itself, and then its neighbouring cities (often considered suburbs of Reykjavik) like Kópavogur, Garðabær, and Hafnarfjörður. Then, the towns near the airport on the Reykjanes Peninsula are also quite populated.

Aside from this busy area, the towns around the country exist mostly on the coast, with populations ranging from 5-6 (Flatey Island) to around 20,000 (Akureyri). The central Highlands of the country are vast, but completely uninhabited because of how inhospitable the weather is for most of the year.

With a campervan rental in Iceland, you’ll quickly be able to escape the crowds of Reykjavik and find your own slice of the country, peaceful and quiet. Browse our range of campers in Iceland here. 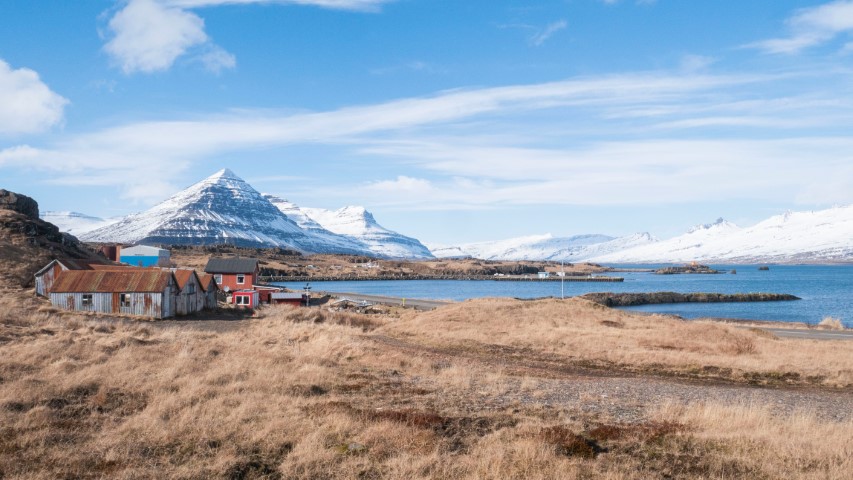 All you need to know for an excellent Icelandic Campervan Trip

If you’re wondering what to cook on a campervan trip to Iceland, look no further. These camping recipes for Icelandic camper trips are quick, easy, and delicious.

How to Drive on F-Roads in the Icelandic Highlands

Read on to give yourself the best chance at a successful adventure up into one of the most isolated regions in all of Europe; the Icelandic highlands.

How to Plan an Iceland Campervan Trip

In this article, we answer all the questions you have about planning an amazing campervan trip in Iceland.