How Busy is Iceland? 5 Tips to Avoid the Tourist Crowds This Summer

Over the past decade, tourism in Iceland has exploded. Now there are over 2 million visitors to the country every year, a figure that puts off a lot of people when thinking about coming to Iceland. One of the biggest draws to the country is the seeming promise of solitude within the majestic nature, and it can be quite a shock for many to arrive and see the crowds of people at all the main sights. So, what are the best ways to avoid the crowds of tourists? Of course, by looking into renting a campervan you’re already taking a good step, as you’re not tied down to any check-in check-out at hotels and can always change your plans at the drop of the hat. Not to mention the bonus of being able to cook a quick meal in the back of your camper keeps you on the road for longer. But there are a few other tricks and tips that will help you avoid the tourist crowds this summer in Iceland.

1.Wake Up Early or Stay up Late

With the summer coming up and many looking forward to their campervan trip in Iceland, this is the number one way to avoid the crowds. Most places will be crowded during the day, from around 10am until around 6pm, so if you can plan to visit the big sights either early before the tour buses arrive, or in the evening after they’ve left, you’ll be shocked at the difference in number of visitors. The near endless daylight in June and July make this very easy, and the light conditions during the evening make for some of the most magical photos as well. 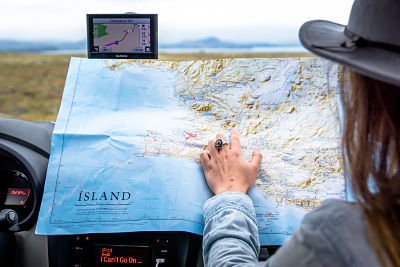 2.Stray Off the Beaten Track

With everybody flying into Keflavik International Airport in the south west corner of the country, it makes a lot of sense that the most crowded areas in Iceland are along the south coast, around the Golden Circle and the Snæfellsnes Peninsula. Most will try and pack as much as they can into what time they have, and that usually involves all the above-mentioned areas. Another popular itinerary is to complete the ring road between 5-7 days.

A good way to avoid the crowds in Iceland is to explore some of the areas in Iceland that don’t see many tourists. The Westfjords of Iceland are the least-visited region in the whole country, with only a small number of tourists a year making the drive up to the epic fjords in the north west. You’ll have what feels like entire fjords to yourself, really giving you that ‘end of the world’ feeling.

Read: The Go Campers Guide to the Westfjords

Another region to avoid crowds in is in the East. Of course, you’ll run into the ring road travellers, but most just skip over this region entirely to have more time either up north or down south. But there’s plenty to see and do in this region, with Iceland’s biggest mountains, the best summer weather, and some of the smallest and most traditional Icelandic villages in the country. 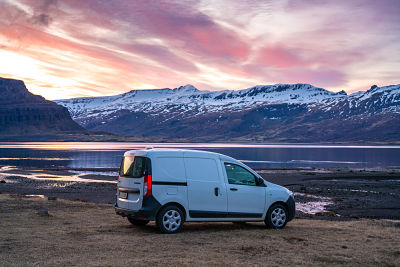 3.Travel During the Week

Although it is peak season, there does tend to be less people about during the week. The weekend is prime for UK visitors to do a quick trip, meaning that Reykjavik and the surrounding areas will be much busier.

Something else to look out for are the cruise ship passengers. 2500 people cramming into buses to tour the Golden Circle or drive around the Snæfellsnes Peninsula can make these locations quite unbearable. Another hot tip is to avoid these popular areas on days that cruise ships are docked in Reykjavik – you can see the arrival dates for the summer on this website. If you check out the timetable for Akureyri as well, you’ll have a good idea of when the Lake Myvatn area will be at its busiest as well. 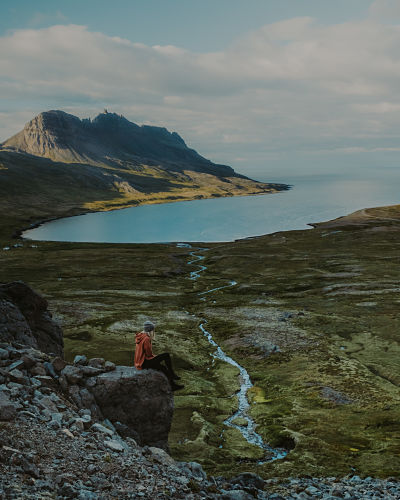 4.Find Alternatives to the Blue Lagoon

If you’re sceptical of buying a ticket to the Blue Lagoon because you fear it might be too crowded, there are plenty of other options out around the country. For the record, the staggered entrance times that the Blue Lagoon offer means that the pool is never unbearably crowded, but you can easily find way less people at some of the lesser known geothermal pools.

Try out the Fontana Spa in Laugarvatn, a beautiful facility found in the Golden Circle area, or the new Geosea Spa up north in Húsavík, a newcomer to the scene that is still relatively unknown. Even better is to find some solitude in one of the many natural hot springs around the country, but this can be difficult at times – best to go either early in the morning or late at night. 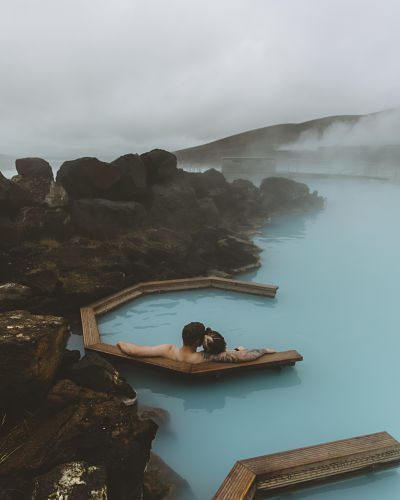 It might seem obvious, but a sure-fire way to leave the crowds behind is to leave them in your dust as you blaze a trail up along the hiking trails. A lot of people, due to time constraints, will just stick to driving from each main sight to the next one, stopping to get out and look, but not much more. This comes back down to your planning and not trying to fit too much into one trip, but if you have a bit more time in each location for hiking, it’s the best way to find that solitude amongst the grand nature of Iceland that you came here for. 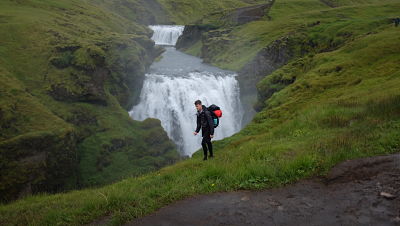 The Best Apps for your Campervan Rental in Iceland

The best apps for a campervan rental in Iceland will help you travel through the land of fire and ice with ease.

How to be a Good Tourist in Iceland

Although we know most of you are savvy world travelers, there are some general tips for traveling in Iceland that are always good to know. In a country as beautiful as Iceland, it’s important to travel thoughtfully, responsibly, and respect the country and its rules. Here are some of the main things that will help you be a good tourist when in Iceland.

The Best Icelandic Snacks for a Campervan Road Trip

This article rounds up the best Icelandic snacks for a road trip around the land of fire and ice, letting you truly experience the country like a local.