In 2017, National Geographic published an article stating that more than 50% of Icelanders believed in elves. In a country swirling with supernatural landscapes, the folk lore and mythology is especially prominent. Mysterious lava fields, craggy peaks shrouded in mist, the dancing northern lights, seething hot springs, rain, snow, and fog; if there’s one place in the world where elves would exist, it’s Iceland.

Differentiating between elves and Huldufólk (hidden people) can be difficult. Although they both exist, and are distinctly different, it’s quite common to use the phrases ‘elf’ and ‘hidden folk’ interchangeably.

Elves in Iceland are called álfafólk and are more like the elves you imagine. Think little beings with pointed shoes and colourful dress, complete with jingling bells bouncing off their hats.

Huldufólk means ‘hidden people’, and nowadays refers to a different type of elf that are closer in resemblance to humans. Although, it’s said that they’re taller, thinner, and far more beautiful than us – try not to get too jealous. The story of how they came to be is this:

Mother Eve (from Adam and Eve fame) was one day expecting a visit from God. But some of her children were unwashed, so she hid them away. But God wasn’t deceived and called Eve out on her dishonesty. She continued to feign her innocence, so God cursed the hidden children: “that which you hid away from me shall be hidden from all!”.

However, it makes more sense to refer to all the mystical beings in Iceland as hidden folk – elves, dwarves, and everything in between. Their homes are the rocks, lava fields and hills around Iceland.

Origins of the Folk-Lore

More than likely the belief of elves in Iceland originated out of the respect Icelanders have for the country’s powerful nature. With lava fields, frightening eruptions, earthquakes, and more, the early Icelanders turned to stories to explain the nature around them. Inhabiting the wild landscapes are elves, trolls, ghosts, and more. 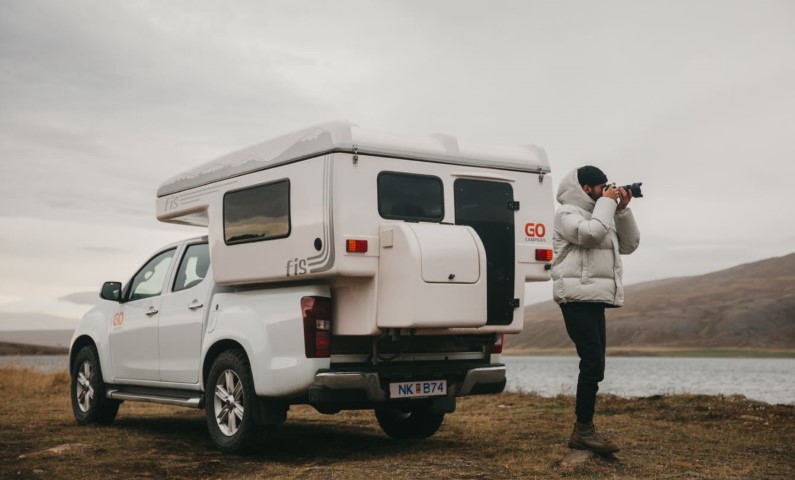 Do Icelanders Really Believe in Elves?

If you were to ask an Icelander this question, you’d find that most sit on the fence. A lot of them find it a bit childish, but also respect the country’s folk lore as a big part of the culture. This means that a lot of Icelanders will never completely dismiss the chance that elves in Iceland exist.

This brings us to the stories about the construction of new roads that sometimes encroached on rocks said to be elven homes. Tales tell of problems riddling these construction projects, like broken bulldozers and stolen tools. There’s one very true story about a boulder in the way of a new road, said to be an elven home. Instead of the construction crew moving the boulder. But rather than showing belief in the supernatural, it simply shows the respect that Icelanders still have for their folk lore and unique landscapes that they live in.

It’s not just elves on show in the country’s folk lore. There are also trolls, frost and mountain giants, dwarves, monsters, and a variety of spirits (J.R.R Tolkien wrote his thesis on Old Icelandic, which would go on to inspire and influence The Lord of the Rings).

Delve into the Langanes Peninsula, a haunted and abandoned part of Iceland in the far northeast.

On top of that, there are ghosts as well – draugar in Icelandic. There are almost countless haunted areas in the country, from remote mountain huts to entire valleys. The Icelandic highlands contain a lot of haunted landscapes.

Where to Find Elves in Iceland 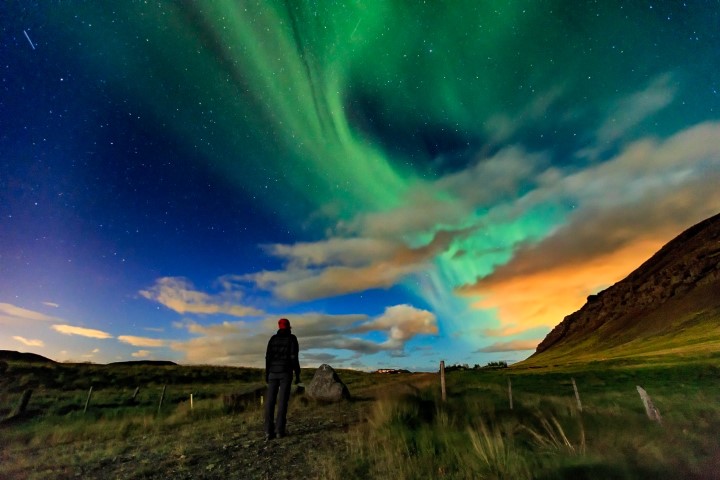 Icelanders place great importance on the mood of a location. Landscapes around Iceland each have their own unique energy and emotions, whether it’s sad and lonely or mysterious and spooky. Icelanders consider some areas álagablettir, or in English, enchanted areas. It’s here where there’s a high chance of running into some supernatural activity, good or bad.

As you travel through Iceland in your campervan, you’ll quickly realise just how easy it is to consider the supernatural. Trolls are easy to spot – there are plenty that have turned into stone, caught out by the rising sun (for example, the sea stacks off the coast of Vik). Elves are trickier and said to live in some of the more enchanted areas in Iceland, such as the following:

That’s right – before you even leave our office with your campervan, you’ve already visited one of the most enchanted places in the country. Built into a lava field, there are countless rocks in the town centre and gardens that are elven homes. It’s also in Hafnarfjörður where you can join the elf walk to learn more about Iceland’s folk lore.

Far in the northeast of Iceland, the capital city of the elves is located at Ásbyrgi Canyon. The huge rock walls of the canyon, carved out by a powerful glacial flood, indeed provides plenty of hiding spots for elves to live. A visit here might turn up some elf sightings. In nearby Húsavík, there are plans to build a replica of the elf house as seen in the film Eurovision Song Contest: The Story of Fire Saga.

Explore Ásbyrgi Canyon as part of a road trip around the Diamond Circle, one of Iceland’s newest tourist routes.

This magical little spot in East Iceland is another centre of elf activity, and home to the Elf Queen. It’s a beautiful and quiet fjord, home to only a bit more than 100 people. The hill Álfaborg (elf city) is directly next to the town, providing a magnificent vista over the area.

This little-visited spot in the Westfjords is also one of the country’s most enchanted, said to be where the elves hold their market. This location is where the elven ships arrive, bearing goods for trade.

These are some of the most enchanted places you can find, but dig a little deeper and you’ll see that there are elven settlements all over the country. Delve into the folk lore wherever you can in Iceland, and your trip in return will become that much more rewarding.

Go Campers guide to the northern lights here in Iceland

Photographing the northern lights in Iceland can be tricky – in this article we cover the basics so you can take a wonderful souvenir home with you.