The Weirdest Food in Iceland

The Weird Icelandic Food You Should Try

Food in Iceland is a big part of the culture today. With the new-Nordic style sweeping across the country, Iceland is actually a surprising destination for foodies to visit. From high-end Haute cooking in Reykjavik to cozy and welcoming restaurants with homecooked meals in the countryside, there's a lot to discover for the foodie-minded traveler. Even though the weather is not always helpful, you'll also find some delicious street food to eat in Iceland.

It's a fact that some dishes are more unusual than others - wheather it's a live octopus in South Korea, Casu Marzu in Italy, or spam in the United States - there's plenty of weird food in the world. In this article we are going to discuss Iceland's weird foods - the traditional Icelandic dishes that came to be a thousand years ago. Iceland’s isolation from the rest of Europe and harsh living conditions in the past have led to some interesting food choices that helped the first settlers survive. And while Icelandic cuisine is now all about creative flair and classy dishes, you can still get your hands on traditional food.

A lot of it can be tried during the Þorrablót celebrations, a midwinter festival honoring Iceland’s Pagan roots and traditions that occurs every January, but at other times of the year you can usually find Iceland’s strange foods if you really look for them.

Read on to discover the weird Icelandic foods that locals still eat to this day. And if all this talk of food makes you hungry, you'll also discover where you can try them on your campervan trip in Iceland.

The most famous of all strange Icelandic foods is hákarl, or fermented shark. The early Viking settlers of Iceland didn’t have a lot of options for food, so they had to get inventive. The Greenland Shark, of which there are many in the waters near Iceland, provided a large food source for the hardy Icelanders.

However, the shark’s meat contains a toxic amount of chemicals that work to protect it from the freezing oceans it lives in – a few small bites is lethal for humans. Instead, Icelanders discovered they could ferment the shark in its own chemicals by burying it underground for six to twelve weeks.

Afterward, the shark meat was hung up to dry for several more months, before finally being ready to eat. The smell of ammonia is almost overpowering, and the flavor is just as bad. Try it at your own peril.

We recommend swilling down some Brennivín, commonly referred to as ‘The Black Death’, to wash away the shark’s flavor. Head to Íslenski Barinn in downtown Reykjavik to sample the two together.

Although some Icelanders really enjoy hákarl, the world famous TV chef Anthony Bourdain once described it as "the most disgusting thing he had ever tasted". 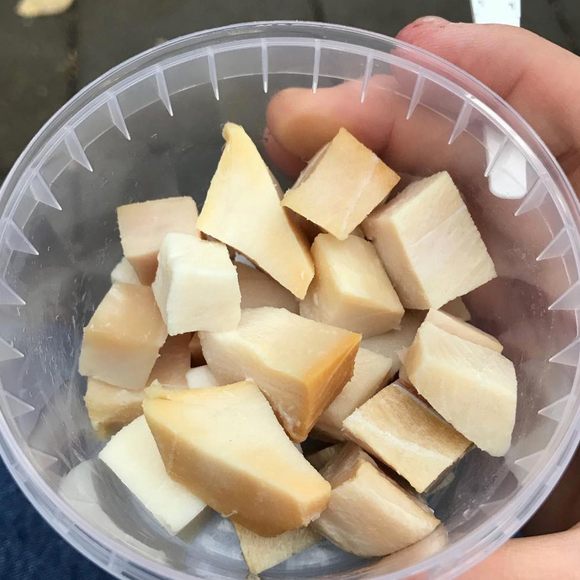 Sheep have long played an important part in Icelander’s survival; the wool keeps everyone warm in the wintertime with the traditional Icelandic Lopapeysa, and lamb meat plays a starring role on restaurant menus throughout the country year-round. There are even more sheep in Iceland than humans!

But once again thanks to the tough living conditions in the early days of Iceland, the locals couldn’t waste anything – hence the reason that they would eat the sheep’s head. The presentation of this dish is usually what puts travelers off trying it while in Iceland - it’s not every day that an entire sheep’s head stares up at you from your plate.

It’s still a popular dish today. The brain is removed before chefs boil the head for about an hour. The cheek is the meatiest piece and favorite of many an Icelander. You can pick one up at a local supermarket.

If you want to try svið without having to look at the actual sheep head you can try sviðasulta - jellied meat from the sheep head. Many people find it a lot more palatable.

This is no Icelandic meat soup; in fact, this has to be one of the weirdest foods in Iceland. Proving beyond a doubt that the early Icelanders had to use everything they could as a food source in the early days, ram testicles are now a delicacy in the country, and one of the strangest foods to try on a visit to the country.

To prepare these, chefs thoroughly wash, boil and then pickle them for several months in whey. After that, they are pressed together into a rectangular block, which is sliced up and served alongside all the other weird and wonderful traditional Icelandic food. You can purchase it in the supermarkets over the wintertime, although the main season for them is around February.

Perhaps not as weird as the others on this list, harðfiskur can be bought year-round at the supermarkets and makes for the perfect (albeit a little smelly) snack to take with you on your campervan journey. It's also a very good snack for hiking and other outdoor activities as it weighs relatively little but contains a lot of protein and other nutrients.

You might have realized by now that Icelanders had to pickle, salt, dry, cure, and ferment a lot of their food so that they would survive the long dark winters, and this is just another example.

While driving around Iceland in your campervan, you might often spy on wooden shacks on the outskirts of towns where they dry the fish, with it hanging up from hooks. A popular way to eat it is by smearing some butter on it while you eat. 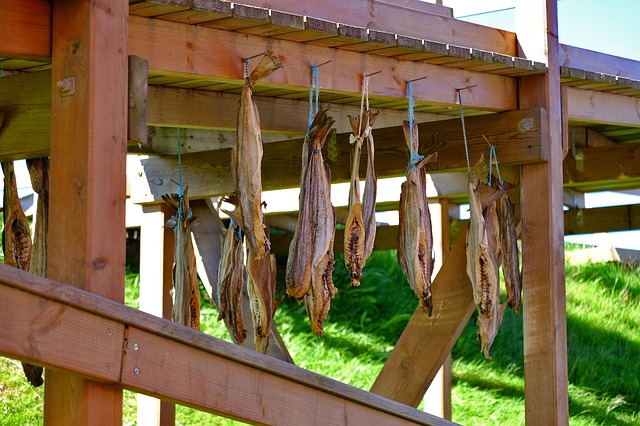 Slátur is the Icelandic word for slaughter and refers to both blóðmör (blood sausage) and lifrarpylsa (liver sausage, or Icelandic haggis). Both are made from the blood, fat and innards, and any other edible parts of sheep. Again, Iceland was a rough place to live and nothing went to waste in the early days.

The traditional way to serve both in Iceland is to boil them and plate them up next to some mashed potatoes, but you can just as easily fry them. Some people like to sprinkle fried slátur with sugar before enjoying it! Slátur is another thing that you can pick up year-round at the supermarkets – if you dare.

Another traditional dish in Iceland is whale meat, usually from the minke whale. This controversial food has been slowly losing its popularity over the years; now, most of the whale caught in Iceland is exported to Japan.

If you're visiting Iceland, you are able to taste whale meat, but we don't recommend it. Instead, stick to hot dogs, Icelandic fish, or Icelandic lamb; whaling in Iceland is not a sustainable practice.

Had Enough of the Weird Icelandic Foods? Here's the Good Stuff!

Fish Stew or plokkfiskur in Icelandic is one of the most popular dishes in Iceland and a great way to taste the local cuisine. Another popular dish is the Icelandic hot dog, which is now world-famous! You can either try it at the classic spot in Reykjavik, Bæjarins Beztu, or eat them at the gas stations around the country.

Other popular local dishes include Icelandic lamb, meat soup, Icelandic fish (either deep-fried or baked), and fresh langoustine plucked from the ocean.
If you want something to cool you down after visiting a hot spring, try the Icelandic ice cream, it's delicious! 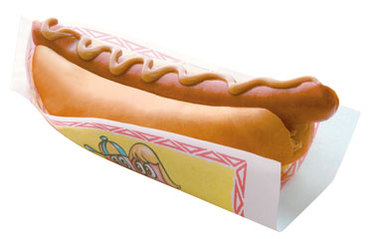 Photographing the northern lights in Iceland can be tricky – in this article we cover the basics so you can take a wonderful souvenir home with you.

Hiking in Iceland in the Autumn

Hiking the endless trails scattered across Iceland is always a rewarding experience, but doing so in Autumn is even more magical.