Iceland’s ring road is readymade for epic road trips. And while we always recommend taking your time while travelling, we also understand not everyone can be here for two weeks. For those campers who are keen to zip around the ring road in 5 days, we’ve got you covered. This itinerary around route 1 will have you around the island and back in Reykjavik in no time at all – without missing any highlights along the way.

After picking up your camper (we’ll hustle you out of the office quick smart) it’s time to discover Iceland’s Golden Circle. There’s no escaping this well-trodden tourist route, made up of Thingvellir National Park, the explosive Geysir, and waterfall Gullfoss. It’s busy with day-trippers from Reykjavik, but a great introduction to Iceland’s natural wonders nonetheless.  In half a day you can tick off three boxes: a bit of history, a bit of geothermal activity, and your first stupendous Icelandic waterfall.

We’ve got no time to lose, so after you’ve had your fill of the different views of Gullfoss it’s time to link up with the ring road. Drive south through the knot of roads and rivers, and then turn east on the ring road towards Vik (our campsite for the night). On the way make sure to stop off at Seljalandsfoss and Skogafoss, two gorgeous waterfalls tumbling off the highland shelf. Right before you reach Vik, you’ll also see the turn off to Reynisfjara, Iceland’s most famous black sand beach.

Spend the night at the Vik campsite, which has greatly improved over the years. While in town, it’s well worth walking up to the church for the view of the Reynisdrangar sea stacks off the coast.

Day 2: Skaftafell and the Glacier Lagoon

It’s going to be a big day, so we need to prepare properly. If you’re craving coffee, Skool Beans is a giant yellow school bus at the campsite that has been refitted as a café. Get a couple of brews to-go and buckle up for the 2-hour drive to Skaftafell, part of the vast Vatnajökull National Park.

Once its own national park, Skaftafell has since been incorporated into the vast territory of Vatnajökull National Park. Comprising of the glacier itself and all the landscapes surrounding it, this is the biggest national park in Europe. Skaftafell is the perfect place for a hit-and-run visit to get acquainted with the area. After parking at the visitor centre (750ISK), hit the trail that leads you to Svartifoss – about 40 minutes one way. This waterfall tumbles over a cliff of basalt columns and is incredibly picturesque.

Afterwards, make your way to the Sjónarnípa viewpoint – about another 45 minutes from the waterfall. From the viewpoint, hikers are granted an incredible view over the glacier tongue Skaftafellsjökull spilling out through the valley. Unfortunately, that’s probably all we’ve got time for, so head back to the camper and continue along the ring road.

But you won’t be sad for long, because next up is the Jökulsárlón Glacier Lagoon and Diamond Beach. This is probably the most popular attraction in the entire country. Spend some time wandering up and down the lagoon’s edge admiring the glaciers within. Later, head to the coast, where the glaciers wash up on the black sand and slowly melt away. Spend the night at the campsite in Höfn, a great place to sample some of Iceland’s lobster.

Day 3: The East Fjords and Egilsstaðir

The East Fjords were the first part of Iceland to be discovered by the Vikings who sailed west from Norway. They were amazed at the views from the mountains, and how there wasn’t anybody around. 1000 years later, and not much has changed. The mountains here are some of then most awesome, the fjords the deepest. The ring road hugs the coast, diving into the v-shaped fjords and passing through fishing villages of yesteryear.

There aren’t a lot of big-hitting natural attractions in the east; rather, it’s the fjords themselves that inspire awe in visitors. After a big day 2, today is going to be spent slowly driving along the coast, admiring the jagged mountain peaks, the crashing ocean, and colorful towns.

For a quirky and unique cultural stop, visit Petra’s Stone Collection in Stöðvarfjörður. For a wonderful waterfall, visit Hengifoss. If you fancy a big of a longer drive, head over the incredible mountain pass to Seyðisfjörður, the prettiest town in the area. For puffins, hit up the remote town of Borgarfjörður Eystri further north. Whatever you end up deciding, make sure you camp overnight in Egilsstaðir, one of the best campsites in the country. 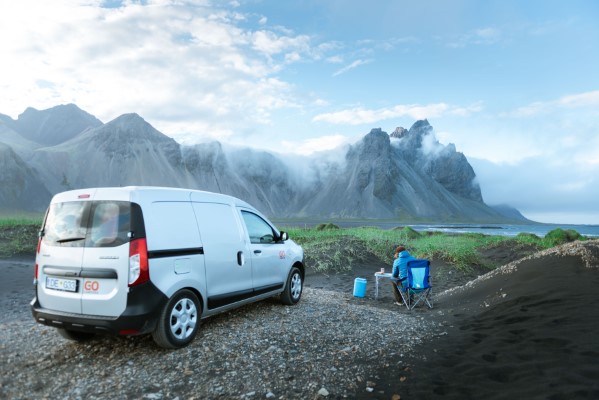 Get an early start on day 4, as we’ve got a lot of stops to make. First up is Dettifoss, the most powerful waterfall in Europe. It’s not the size or the drop that’s impressive here – it’s the sheer amount of water barreling over the side every second – an immense 200m³ on your average ‘slow’ day. If it recently rained, expect that figure to jump up to 500m³. The waterfall also marks the southern edge of the Jökulsárgljúfur Nature Reserve, another territory of Vatnajökull National Park. You might have though you’d left the glacier behind, but this entire canyon was carved out of a powerful glacial flood caused by a volcanic eruption.

Back on the ring road, continue west and you’ll arrive at the burnt geothermal wasteland of Hverir, worth a stop. Over the hill is Lake Mývatn, which is probably the most-visited area in the whole of North Iceland, and our focus for the day. Stop off at a few of the main sights around the lake, but mainly just enjoy the volcanic scenery and the birdlife. A highlight is the Grjótagjá hot spring cave, a popular stop among Game of Thrones enthusiasts.

As you continue towards Akureyri, make a stop at the waterfall Goðafoss. Rumour has it that after Iceland adopted Christianity as its official religion, one of the country’s lawmakers threw his Pagan idols over the falls here. Hence the name ‘waterfall of the Gods’. Camp the night in Akureyri Hamrar campsite, a beautiful sprawling area in the woods south of the city.

It’s another long day of driving, of watching the incredible landscapes pass by from behind the windshield. By now, you’ve probably realised just how big Iceland is, and how every fjord, valley and mountain range hide their own secrets. Alas, we’re running out of time to explore on this hit-and-run itinerary of the ring road, so it’s time to head back towards Reykjavik.

But we’re not going to take the quickest route there. From Akureyri, take the detour north around the Tröllaskagi Peninsula. This mountainous area is a fun drive, with the road hugging the jagged coastline and diving through a series of tunnels that connect the towns along the way. Stop off at the swimming pool in Hofsós for a quick dip, and then hit the road again.

Northwest Iceland is a pleasant drive, but like the east, doesn’t contain a lot of big attractions. Rather, it’s the glimpse into the life of rural Iceland that’s fascinating. The towns are unique, there are loads of farms and horses everywhere, and every rock, river and road are linked to the Icelandic Sagas. We recommend stopping in Hvítserkur, or the elephant rock, and driving around the Vatnsnes Peninsula to see some seals. Otherwise, just enjoy the drive, stop off at a gas station for a hot dog, and have a poke around the rural towns. Camp the night at Akranes, visit the lighthouse, make the quick trip to Reykjavik in the morning to drop off the camper, and voila! You’ve just crushed Iceland’s ring road in record time. 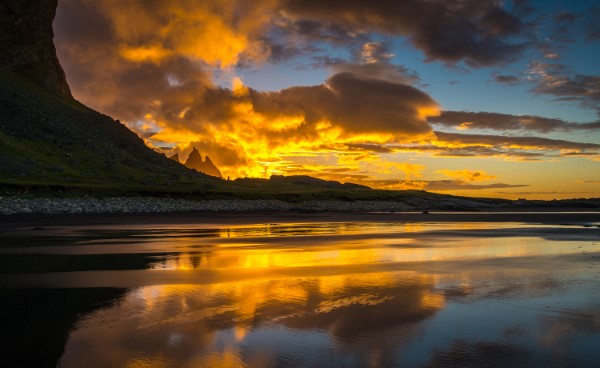